Chartwell Bought by Sir Winston Churchill for its magnificent views over the Weald of Kent, Chartwell was his home and the place from which he drew inspiration from 1924 until the end of his life. The rooms remain much as they were when he lived here, with pictures, books and personal mementoes evoking the career and wide-ranging interests of this great statesman. The hillside gardens reflect Churchill’s love of the landscape and nature. They include the lakes he created, Lady Churchill’s Rose Garden and the kitchen garden. Many of Churchill’s paintings can be seen in the studio. Chartwell From The Dog Walker

Quebec House This Grade I-listed gabled house in the beautiful village of Westerham has features of significant architectural and historical interest. Quebec House was the childhood home of General James Wolfe and is full of family and military memorabilia. The coach house contains an exhibition about the 1759 Battle of Quebec.

Squerryes Court The site has been inhabited for at least 800 years. It was owned by the de Squerie family until the middle of the 15th Century. This family had a squirrel for their crest and it is thought they took their name from the place. The previous house, dating from medieval times, was torn down in 1681 and the present house built by Sir Nicholas Crispe, a London merchant. Squerryes Court From Wikipedia, the free encyclopedia

Knole has been shown off to visitors for the past 500 years. Thirteen show rooms remain much as they were in the 18th century, when they were laid out to impress visitors with the Sackvilles’ wealth. The birthplace and childhood home of Vita Sackville-West, who went on to create the gardens at Sissinghurst, Knole was also the setting for Virgina Woolf’s novel Orlando. The house includes world-renowned Stuart furniture, important paintings and the prototype of the famous Knole settee. Knole is set at the heart of the only remaining medieval deer park in Kent (sika and fallow deer roam freely).

Hever Castle There have been three main periods in the construction of this historic castle. The oldest part of the castle dates to 1270 and consisted of the gatehouse and a walled bailey. In the early 1500s the Bullen family bought the castle and added a Tudor dwelling within the walls and so it became the childhood home of its most famous inhabitant, Anne Boleyn. It later passed into the ownership of Henry’s fourth wife, Anne of Cleves. From 1557 onwards the Castle was owned by a number of families including the Waldegraves, the Humfreys and the Meade Waldos. Finally, in 1903, William Waldorf Astor invested time, money and imagination in restoring the Castle, building the ’Tudor Village’ and creating the gardens and lake.

Lullingstone Roman Villa was discovered in 1939, although there has been knowledge of Roman occupation since the turn of the 18th century. A tessellated pavement was recorded and it was noted that Lullingstone Church (now demolished) contained much Roman brick and tile. Excavations commenced after the war in 1949, and in 1958 the site was taken into the guardianship of the ‘Ministry of Works and Ancient Monuments’. Once excavated Lullingstone Roman Villa was preserved by the erection of a protective building, and was opened to the public in 1963.

Penshurst Place Set in the rural Weald of Kent surrounded by picturesque countryside and ancient parkland, Penshurst Place and Gardens has changed little over the centuries. This mediaeval masterpiece has been the seat of the Sidney family since 1552 and retains the warmth and character of a much-loved family home. Today, Philip Sidney, Viscount De L’Isle, continues the family guardianship of this wonderful old house and garden with his wife Isobel and their two children, Philip and Sophia.

Shoreham Aircraft Museum was founded in 1978 by local enthusiasts, whose passion for the Battle of Britain period resulted in the establishment of a permanent display in 1988. The Museum houses hundreds of aviation relics excavated by the group over many years from crashed British and German aircraft, as well as items which have been kindly donated. In addition, there is a fine collection of flying helmets, uniforms and insignia. This, along with a comprehensive display of Home Front memorabilia, ensures a visit to the museum is both enjoyable and educational. 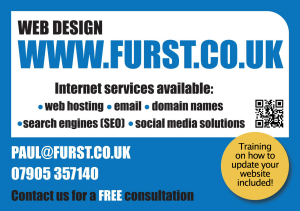